7th CPC TOR and its Implications

After the 12th &13th Feb strike in which lakhs of Central Government Employees participated in the strike, the  Central Government  had to rethink on these issues. The Union Cabinet meeting has approved the terms of reference of the 7th CPC, if we go through it we find the 7th CPC can submit its interim report on DA merger, IR, Allowances, etc. The date of  effect of the 7th CPC is to be fixed by the 7th Central Pay Commission itself.

Three main demands of the Central Government  Employees   have not been accepted that is one on GDS inclusion in 7th CPC, need based minimum wage  and other on health scheme.

Now comrades it is clear we have won a half battle, many more joint struggles of Central Government employees are required to achieve our demands.

The year-on-year inflation measured by monthly CPI-IW stood at 7.24 per cent for January, 2014.

There is no clarity on DA merger with basic salary*.
but the same has not been confirmed by Government so far.  We will publish the the authenticated news once we get clarity.


According to Business standard , IBN TV news and DNA news on DA merger

The Cabinet today approved merger of 50% dearness allowance of Central government employees and pensioners with their basic pay.

7th CPC ToR to be taken up by Union Cabinet Tomorrow

The Cabinet Committee on Parliamentary Affairs on Wednesday recommended prorogation of Parliament ahead of Friday’s Cabinet meeting which is scheduled to clear an unprecedented number of proposals including the possibility of draft ordinances on the pet anti-graft bills of the Congress vice-president Rahul Gandhi.

“It is a choc-o-bloc agenda. I have never known seen such heavy agenda before the Cabinet. We are working feverishly as if for the last supper,” a senior Finance Ministry official told The Hindu. The UPA government is keen on clearing as many proposals as possible before the expected general election announcement of the Election Commission after which the Code of Conduct comes into vogue. Among the items for clearance include 54 new Kendriya Vidyalayas and GSLV-Mark III.

With the schedule for the Lok Sabha likely to be announced on Saturday, the UPA government is working “feverishly” on a record number of announcements, appointments and initiatives before the model code of conduct kicks in.

The Cabinet meeting on Friday is expected to be a “marathon” one as it will be the last opportunity for the government to take policy decisions as well as ‘populist’ sops, top Finance Ministry sources told The Hindu.

The proposals lined up for Friday’s Cabinet include 54 new Kendriya Vidalayas, space programme GSLV-Mark III, a six-lane bypass for Delhi, terms of reference for the 7 Pay Commission which was set up by Prime Minister Manmohan Singh recently.

It is expected to consider Rs. 3,500 crore budget for new broadcasting infrastructure for All India Radio and Doordarshan, 10-per cent Dearness Allowance for government employees and 600 MW hydro-power projects in Bhutan. The dearness allowance hike to 100 per cent from the existing 90 per cent is expected to benefit to benefiting 50 lakh employees and 30 lakh pensioners.

Officials believe some more items could be put on the block-buster agenda. A Cabinet Minister told The Hindu that the government expects the Election Commission to announce the general election schedule on Saturday or latest by Monday. 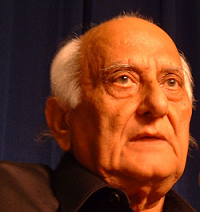 Comrade Umraomal Purohit  Secretary Staff side National Council ( JCM)  and President All India Railwaymen's Federation died today 27/2/14  at 4.40 am . The COC Karnataka condoles his death, we have lost a good leader who fought for all Central Government Employees especially during pay commissions. We pray  GOD to rest his soul in peace.

Comrade Umraomal has been active in the Indian trade union movement for over five decades. He started his career in Indian Railways and became the General Secretary of the Western Railway Employees Union in 1958 at the age of 30. In 1962 he was elected as the Assistant General Secretary of the All India Railwaymens Federation (AIRF). Purohit has also been leading the Hind Mazdoor Sabha (HMS), a trade union national centre, since 1985, and has served as AIRF President since 1980.

Comrades,
The union cabinet is likely to approve the terms of reference of the 7th CPC on Friday  ie the on 28/2/14(before announcement of general elections),  which includes the date of effect of the 7th CPC, interim relief , DA merger etc. It is likely government may or may not not grant all these or it would rather ask 7th CPC to examine these issues. With these the Government has moved one step ahead from its original stand of declaring on 25th September that  7th CPC date of effect from  1/1/2016, this is only due to the impact of two days strike by Central Government Employees  affiliated to the Confederation of Central Government  Employees and Workers on 12th and 13th Feb 2014.


Merger of D.A., granting interim relief and enhancing superannuation age are definitely being actively considered by the Govt.  Hindu Business lines, Business standard, Economic times  and Vijaya Karnataka News papers has published it was discussed in the union Cabinet meeting & same has been approved. As per news paper reports the decisions taken are to refer to 7th CPC regarding DA merger &  IR. If these reports are true then we have to wait for next week for notification orders.

Among the flurry of proposals cleared by the cabinet yesterday was the terms of reference for the new Pay Commission.

The  Government has not issued any statement so far on this issue Finance Minister Shri P Chidambaram will visit Australia as per the schedule he will attend the G20 meeting on February 22 and 23, followed by investor conferences on February 24 and 25. and Now the  above reports are not correct,  it is most likely that cabinet will take any decision only after his return from abroad. So good news may be expected on 27th or 28th Feb.
Posted by Karnataka COC- Central Government Employees News at Thursday, February 20, 2014 No comments: