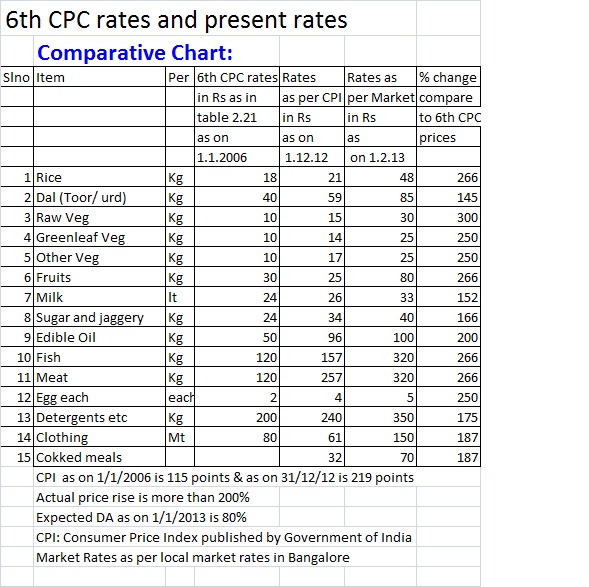 Minutes of the COC Karnataka Meeting

Minutes of the COC Karnataka meeting held on 16/1/13 at ITEF office.


The meeting was attended by Circle Secretaries / General Secretary of all units of  NFPE, ITEF, AIDEF, Ground Water, AG’s, Survey of India etc.


The Meeting of the COC Karnataka was chaired by Com Kamalesh President and Com S.RadhaKrishna working president COC Karnataka. Joint Secretary of AIDEF Com Ravindran Pillai attended the meeting as special invitee.
At the beginning of the meeting Com Radhakrishna on behalf of the presidium informed about the sad demise of Com OP Gupta, veteran leader of CG  and Telecom movement on 6-1-2013. He was 92 years old and his services to the CG movement was remembered.  Two minutes silence was observed and respect was paid to the departed soul.
The General Secretary Com P.S.Prasad briefed the members about the call given by Central Trade unions and endorsed by Confederation for general strike of workers on February 20th. The need for CG employees joining the strike and importance of the strike was also explained. He also briefed about the impact of the 12/12/12 strike. He also informed that Confederation is deputing Com S.K.Vyasji President of Confederation to Bangalore to educate the members about the issues on which general strike has been called. Com Vyas is coming to Bangalore on 7th February. The meeting also discussed about the atrocities that is being committed against women.
Com by Com S.RadhaKrishna working president COC Karnataka & Com Ravindran Pillai Joint Secretary AIDEF Bangalore also spoke on the need for February 20th & 21st Strike.


After detail discussion following decisions was taken.
1) To Conduct a massive rally of Government Employees jointly by State unit of Confederation and AIDEF on 7/2/13. The procession will start from Gandhi Statue near Ananda Rao Circle at 2.30 PM an conclude at Freedom park with a. public meeting. Com Vyas adnd other trade union leaders will address. General Secretary with the cooperation of other members of the secretariat will make all necessary arrangements.
2) To conduct Convention during 2nd week of February on the issue of ‘Status of women in Society and General strike on 20 & 21 February’
4) To print posters and handbills for the February 20th & 21stStrike & rally.
5) All affiliates were requested to contribute the special contributions @ Rs 5 per member towards expenditure of February 20th & 21stStrike.
6) Mobilise maximum members for rally & public meeting, the minimum quota of participants in procession and rally from each organization will be as follows.
a) NFPE-200 b) AIDEF -200 c) State Government-200 d) ITEF -50 e) AG’s -100 f) Central Excise-50 h) Ground Water-25 i) Survey of India- 25 j) GSI-25 K) CGHS-25  and l) other organizations-100
7) It was decided to oppose new CGHS timings
The General Secretary of the State Government Employees Federation(ookuta) has informed that they also will bejoining rally and public meeting on 7 February.

Many Member's of Parliament have written to the Hon’able Prime Minister for consideration on the 15 charter of demands of the Confederation  even it was raised on the floor of the house.

The Trade Unions in their meeting with the Hon’able Finance Minister have also demanded for setting up of the 7th CPC. The media have reported in Bangalore and at Districts. Even the websites have reported positively.

The AIDEF, GDS Employes(AIPEDEU)  & FNPO have decided to participate in February 20th & 21st Strike on 25 charter of demands which includes setting up of the 7th CPC.

The National Secretariat meeting of the Confederation held on 2nd Jan 2013 has decided to participate in February 20th & 21st Strike on 25 Charter of demands which has been endorsed by NFPE & others.

With these the pressure is built on the Government of India to settle  the 15 charter of demands of the Confederation. We should not expect that present government will accept our demands by just one token strike.  the one day strike held on 12/12/12 was only to create awareness amongst the Central Government Employees & build pressure on the  Government of India.
Which was achieved fully, next step is the February 20th & 21st Strike on 25 charter of demands.

Our struggle for achieving 15 Charter of demands has not yet over, the 12/12/12 strike was a beginning of the struggle. In 2013 we have to wage a number of struggles till we succeed February 20th & 21st Strike is just a beginning to put more pressure on the Government of India on the 15 charter of demands.
Posted by Karnataka COC- Central Government Employees News at Tuesday, January 15, 2013 No comments:

Comrades,
The COC meeting is being held on 16/1/13 (Wednesday)  at 6.30 pm at Income tax    Office at   ITEF Room Queens Road Bangalore, all are requested to attend COC  meeting to discuss the following  agenda.

1) Review of the 12th December strike.

4) Financial position of the COC

5) Any other points
Comradely yours

Fixation of pay on promotion to a post carrying higher duties and responsibilities but carrying the same grade pay.

* The unions have also asked the government not to raise FDI cap in financial sectors like insurance and banking.

* Other proposals made in the joint memorandum include taking effective measures to arrest the spiralling price rise, ban speculative forward trading in commodities, massive investment in the infrastructure to stimulate the economy.

* The trade unions also sought minimum wage be guaranteed to all workers, special allocation for creation of a Welfare Fund for protecting the interest of unorganised workers and raising minimum wages to Rs 10,000 per month.

* Constitution of the seventh Pay Commission be announced in the Budget

Expectation of future Dearness Allowance from January, 2013 after 1 points jump in CPI-IW
for the month of November, 2012 giving confirm expectation for DA  80% means an increase
of 8% as the Dearness Allowance has been announced 72% from July, 2013.  All India Consumer
Price Index Number [http://labourbureau.nic.in/indtab.html] for Industrial Workers (CPI-IW) on
base 2001=100 for November, 2012 showing increase in 1 point and stood at 218
(Two hundred and eighteen).  The  DA for 218 points - DA equal to 79.25%.

If it is expected from 1 to 3 points increase in this index for December, 2012 the
Dearness Allowance for Central Government Employee will confirm 80% to 81% in
January, 2013: