Red Salute to Com. S.K.Vyas and Com.N.J.Iyer on their death anniversary 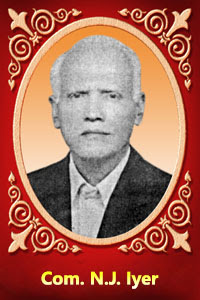 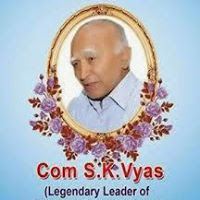 Comrade N.J.Iyerji, former President of NFPTE, long time time General Secretary of R.III. union and a respected leader of the central government employees passed away on 13th February 2000. He was a militant leader and was arrested and jailed during National Emergency. He has written detailed history of the P and T Movement.

They have been role models of trade union functioning. They were examples of high thinking and very simple living.

Red Salute to the great leaders Com. N.J.Iyerji and S.K.Vyasji on their death anniversaries.