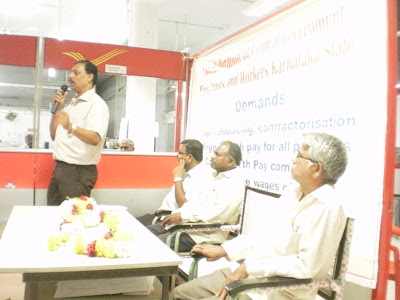 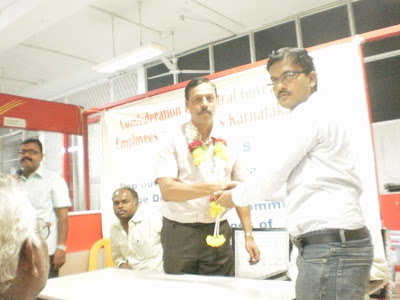 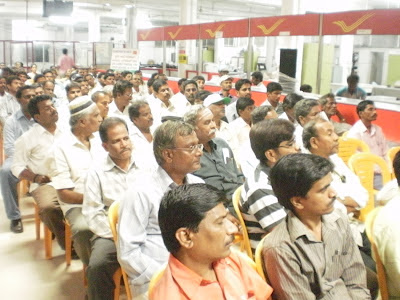 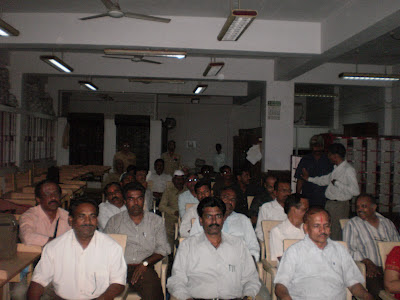 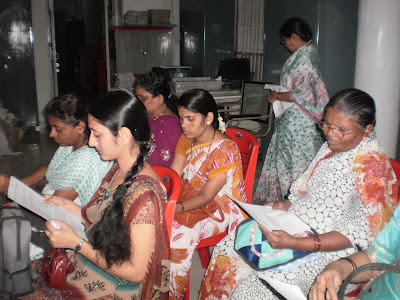 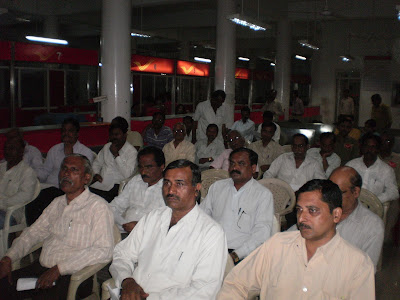 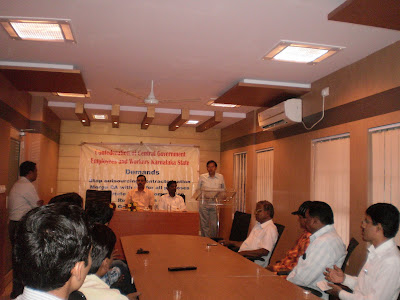 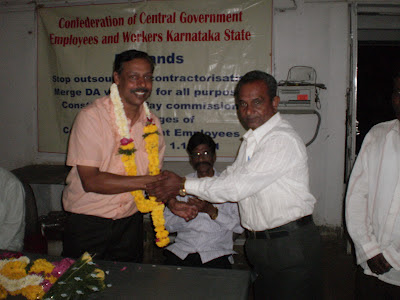 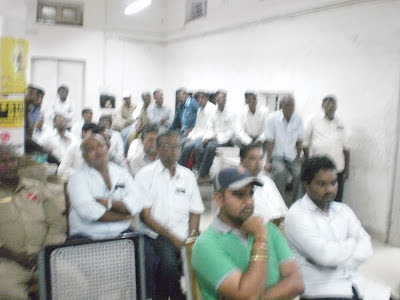 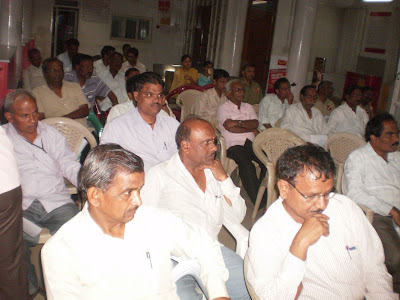 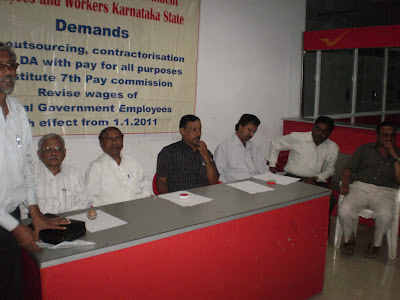 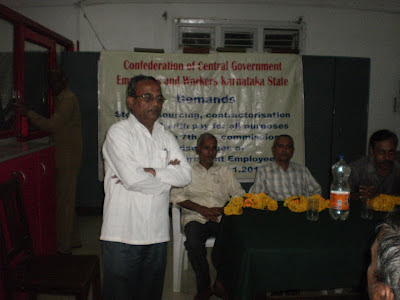 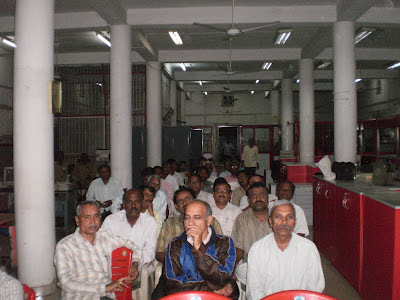 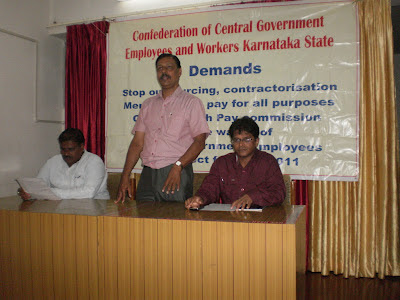 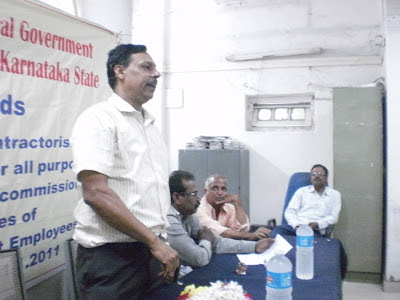 The meeting of the Union Cabinet, which was scheduled to consider a 7 per cent hike in dearness allowance to 80 lakh central government employees and pensioners, has been put off to next week.

Dharna by AIRF against NPS

The Railway Unions  have decided to  hold Dharna on 19th September 2012 against NPS,


While the Government may issue specific instructions regarding treatment of the period of absence of employees during any particular bandh, ordinary a Government servant may be granted special casual leave as explained below, if the competent authority is satisfied that the absence of the individual concerned was entirely due to reasons beyond his control, e.g. due to failure to transport, or disturbances or picketing or imposition of curfew etc.  If  the absence was due to failure of transport facilities, the special casual leave may be granted if the Government servants had to come from a distance or more 3 miles (5 kms.) to their places of duty.
If the absence was due to picketing or disturbances or curfew, the special casual leave may be granted without insisting on the condition that the distance between the place of duty and residence of the Government servant should be more than 3 miles (5 Kms).
Special casual leave in these cases may be granted by the Head of the Department.
(DP&T OM No. 27/6/71-Estt(B), dated the 1st Nov. 1971
DP&T OM No. 28016/1/79-Estt(A), dated the 28th May,1979
DP&T OM No. 3011/(S)/87-Estt(B), dated the 16th Feb., 1987)

In connection with 15 charter of demands including setting up of 7th Central Pay Commission, DA merger, 5 promotions & against  out sourcing  etc preparation is on the way in Karnataka State with leaders of Confederation, AG's and NFPE visiting the state by holding meetings at many places.

Further Com Somaiah Vice President of Confederation and Com Durapandian G.S Tamilnadu COC along with Com P.S.Prasad G.S COC Karnataka will tour carry out tour program  ,  the tour   program starts from Dharwad on 24th Sept and  visit districts such as Belgaum on 25th , Bijapur on 26th, Gulgarga on 27th , Raichur on 28th, Bellary on 29th etc.

The Meetings will be held at Head Post office & Income tax  offices  of the respective places.