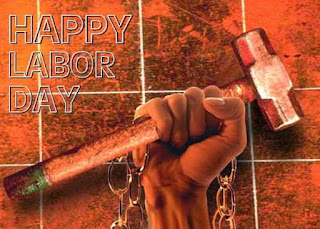 May Day Rally starting  from Town hall Bangalore at 10.30 am
Posted by Karnataka COC- Central Government Employees News at Saturday, April 30, 2016 No comments:

Prepare for strike we are sure the of getting better wage hike. 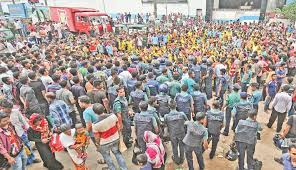 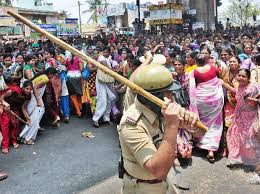 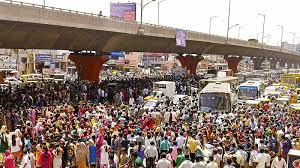 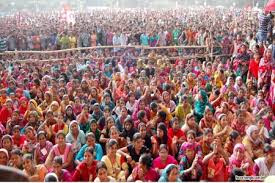 Comrades,
The flash strike against the recent PF Rules, 2016 of the Central Government (i.e., Centre’s new rule on Provident Fund withdrawal) by large section of Garment Factory Workers and other Industrial Workers of Karnataka State on 18th and 19th April 2016 received immense response and there was a massive protest which resulted in road blocks for hours together, thereby the entire traffic of Bengaluru City was paralyzed.  The traffic was also severely affected on Mysore, Tumkur and Hosur roads.

The COC Karnataka extended moral support and sympathy for this Labour Movement.  The February 10th notification was under attack from trade unions from the beginning.  The notification was published in the gazette on February 26 and created technical problems.

The violence in Bengaluru prompted the Labour Ministry, Govt. of India to cancel the February 10 notification which put restrictions on 100% withdrawal from the PF account.

Within few hours of protest in Bengaluru and other parts of Karnataka state , the Hon’ble Minsiter for Labour, Shri.Bandaru Dattatreya acted upon and withdrawn the notification issued on February 10th and informed that the old system will continue. This is a victory for the workers of the country.

This clearly shows that the Government of India does not want to antagonize the workers.  If the Central Government employees also participate in trade union action against the retrograde recommendations of the VII CPC similar to the Garment Workers of Karnataka, we too can get similar results and hope for a better wage revision and a decent wage hike.

50% of Last Pay Drawn as Minimum Pension to all

A Great Victory to Pre-2006 Pensioners!

After a long legal battle the Government conceeds
another point to Pre-2006 Pensioners!

After a long battle the pre-2006 pensioners got another issue sorted out with the Government conceding grant of full pension to pre-2006 pensioners with less than 33 years  as recommended by 6th CPC! This comes after the Govt deciding to extend the judgment given out by Supreme Court in the case of Inasu from Kerala.

Now all those pre-2006 pensioners who got only proportionate pension for want of 33 years qualifying service, will get the refixation from 1.1.2006 and get arrears also.
The  order of Ministry of Pension & Pensioners Welfare is given below:

REVISION OF PENSION OF PRE-2006 PENSIONERS - DELINKING OF REVISED PENSION FROM QUALIFYING SERVICE OF 33 YEARS. (Click the link  below  to view)

The biggest increase of 70,000 is projected in the revenue department which comprises income tax and customs and excise, followed by central paramilitary forces, projected to rise by 47,000. The strength of the home ministry, excluding paramilitary forces, has increased by 6,000.
Posted by Karnataka COC- Central Government Employees News at Monday, April 18, 2016 No comments: 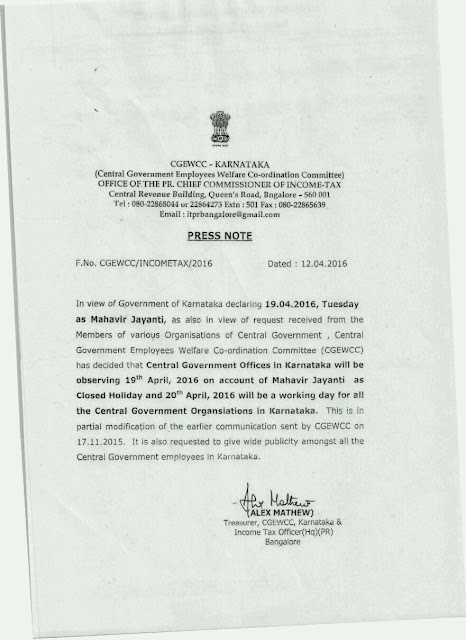 Comrades,
There are various reports on 7th Central Pay commission on the media on fitment formula,  arrears being paid as bonds , these reports are totally wrong and unwanted , these confuse the Central Government Employees, if you read the below table it is quite clear that  a Group “C” employee shall get.


The Empowered Committee is   likely to rectify and change the fitment formula in that case , As per media reports  the committee may recommend a minimum wage of Rs 20000/- or Rs 21000/- against the demand of Rs 26,000/ of the staff side , the Central Government Employees (Group “B” & Group “C” ) and shall get a salary increase of just Rs 4000/ to Rs  16000/- only , that is also too meager considering the aspect of price rise and modern day expenditures, Secondly  arrears of six months if the 7th CPC is implemented shall be only Rs 8000/- per month on average per employee per month , for six months it will just at Rs 50000/- per employee only , this amount will not affect the Central Government finances.

So don’t believe any news paper reports, Secondly there is no change in allowances expect HRA, that too its rates are reduced by the 7th CPC and also many allowances have been withdrawn. This is saving for the Government.

Hence we should not bother too much on these reports, instead we should educate the members and prepare for struggle, so that we get at least get a minimum wage of Rs 24,000/- ( 50 % wage hike without  allowances)  , as allowances are not taken into pension  benefit.

REVISION OF PENSION OF PRE-2006 PENSIONERS

REVISION OF PENSION OF PRE-2006 PENSIONERS - DELINKING OF REVISED PENSION FROM QUALIFYING SERVICE OF 33 YEARS.(Click the link  below  to view)