The minimum bonus of 8.33% is payable by every industry and establishment under section 10 of the Act. The maximum bonus including productivity linked bonus that can be paid in any accounting year shall not exceed 20% of the salary/wage of an employee under the section 31 A of the Act.

Details of amendments to  the Payment of Bonus Act, 1965:

The last amendment to the Act was notified on 12th December, 2007.

The CGHS Wellness Centres will be functional from 8.00 AM to 3.00 PM

NATIONWIDE DEMONSTRATIONS BY THE ENTIRETY OF C.G.EMPLOYEES ON 29th APRIL

Organize Demonstration on 29th April, 2013. In front of all offices and send the following telegram to the Prime Minister

In a move aimed at putting the demand for the 7th Pay Commission on the government's drawing board and With a little over a year to go before the next general election, the demand for a Seventh Pay Commission has started to gather momentum, Union housing and urban poverty alleviation minister Ajay Maken has asked Prime Minister Manmohan Singh to set it up this year to neutralise the effect of soaring inflation.  Union Minister Ajay Maken has taken the lead in endorsing the Central government employees' request for setting up of the new pay panel, citing the erosion of real wages due to high inflation since implementation of the Sixth Pay Commission's recommendations
His demand this week is the first voice in support of the panel from within  Singh's cabinet.
In a letter addressed to Prime Minister Manmohan Singh, Maken underlined how every pay panel since the Second Pay Commission, barring the Sixth Pay Commission, were set up in the third year of the decade. "We are again in the third year of the ongoing decade and Central government employees are justifiably looking forward to the Seventh Pay Commission," he said.

Recalling that it was under Singh that the last pay panel was set up in 2005, after the NDA government failed to do so in 2003, Maken, in the communication dated March 14, requested that a decision be "taken on priority" for constitution of the Seventh Central Pay Commission. "A notification for constitution of the 7th Central Pay Commission is the need of the bour, which is bound to have bearing upon about 20 million employees," he said.

Retail prices rose 160% during 2006-2011 but dearness allowance went up only 51%.
Besides, Maken argued, it was time to rework the principles on which public sector wages were fixed in order to attract and retain talent.  He said it was no longer enough to pay employees to simply meet minimum needs.
The finance ministry, struggling to bring fiscal deficit under control, has rejected demands from government employees to set up the panel - generally appointed in the third year of every decade.
Maken concluded by emphasizing that setting up of the new pay panel was in "larger interest of government employees as well as the (Congress) party".

(a)whether the Ministry is considering the proposal of equal wages to contract workers working in permanent job;
(b)if so, by when this proposal is going to be implemented by Government; and
(c)whether it is a fact that in other developed countries like USA, UK and Japan, the contract labour doing the equal job of regular employees even same time get more money per hour a day?

The daily wages of the casual labour are to be fixed as 1/30th of the monthly salary of a regular employee working in the same kind of job.
In 1988, DOPT order says  "where the nature of work entrusted to the casual workers and regular employees is the ‘same, the casual workers may be paid at the rate of 1/30th of the pay at the minimum of the relevant pay scale plus dearness allowance for work of 8 hours a day"
Click here for 1988 Order 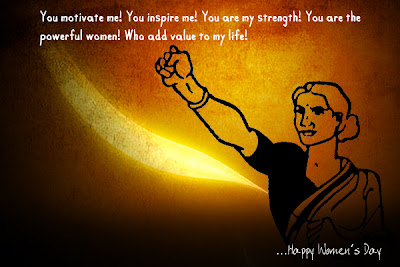 NEW DELHI: Admitting that there have been demands for setting up of 7th Pay Commission, government said that no such proposal is under consideration for such exercise, which would have been resulted in upward revision of centre's over 85 lakhs employees' and pensioners' pay scales.

"The recommendations of the previous .. 6th Central Pay Commission were given effect to from January 1, 2006. Therefore, at present no proposal to constitute the 7th Pay Commission is under consideration of the government," Minister of State for Finance Namo Narain Meena told Lok Sahba on Friday in a written reply.

Meena further said, "There have been some demands received for setting up of the 7th Central Pay Commission. In the past, there has generally been a gap of a minimum 10 years between two successive Pay Commissions.

According the information available, the central government employees had also gone for a day long token strike for their various demands including setting up of 7th Pay Commission in December last year.

At present the number of central government employees and pensioners are about 50 lakh and 35 lakh respectively.

By the end of this year, the DA will be nearing 100% if the present prices continue to rise in same trend.   Generally a Pay Commission has to be constituted if the prices of the essential commodities are increased by 100 points or the DA of crosses 100%.

GOVERNMENT OF INDIA
MINISTRY OF  FINANCE
RAJYA SABHA
UNSTARRED QUESTION NO-191
ANSWERED ON-09.08.2012

(a) whether Government intends to constitute the Seventh Pay Commission for the CentralGovernment employees;
(b) if so, by when;
(c) whether the Thirteenth Finance Commission has also recommended for an increase in pay of Central Government employees from the future date; and
(d) if so, the details thereof?
ANSWER
MINISTER OF STATE IN THE MINISTRY OF FINANCE (SHRI NAMO NARAIN MEENA)

(a)&(b): Government has not taken any decision on the constitution of the Seventh Pay Commission.

(c)&(d): The 13th Finance Commission had recommended that structural shocks such as arrears arising out of Pay Commission awards should be avoided by making the pay award commence from the date on which it is accepted.
Posted by Karnataka COC- Central Government Employees News at Tuesday, March 05, 2013 No comments:

The International Women' day on 8/3/13 at Bangalore

Comrade,
It is proposed to observe the   International Women' day celebration  on 8/3/13  by COC Karnataka & AICGHSEA  at CGHS Shivajinagar wellness clinic  Bangalore from 3 pm to 5pm . All affiliates of the COC are  requested to  request there  women comrades and activist to attend the women's convention in large numbers.

The International Women' day which falls on 8th March is observed throughout the world. The UN theme for the International women's day 2013 is "A promise is a promise; time for action to end violence against women". This year in India, we saw a massive uprising against the atrocities on women immediately after the barbarous sexual assault on student in Delhi.  She later succumbed to the injuries suffered during the assault.


Thousands of young men and women, students and common people assembled at Vijay Chowk and elsewhere in Delhi and other parts of the country demanding stringent action against the culprits besides asking the Government to make enactment to protect the women. Empowerment of women is an issue that has to be focused and taken to its logical end. There is no shortcut for that. Raising the conscious level of the society at large through sustained campaign and struggles is the only way out. It is a painstaking path, but there is no other alternative.


The brutalities against women, attempt to dispossess the women of their right to property is the outcome of the patriarchal system that has taken roots in our country. In our society today women are being portrayed as a commercial commodity an offshoot of the impact of the neo liberal economic policies where except profit nothing matters. The fight for empowerment of women, hence, cannot be separate from the struggle against finance capital driven neo-liberal economic policies.

CLICK here for prices of Dec 2012
Click here for Prices From 2006 to 2012
Posted by Karnataka COC- Central Government Employees News at Friday, March 01, 2013 No comments: