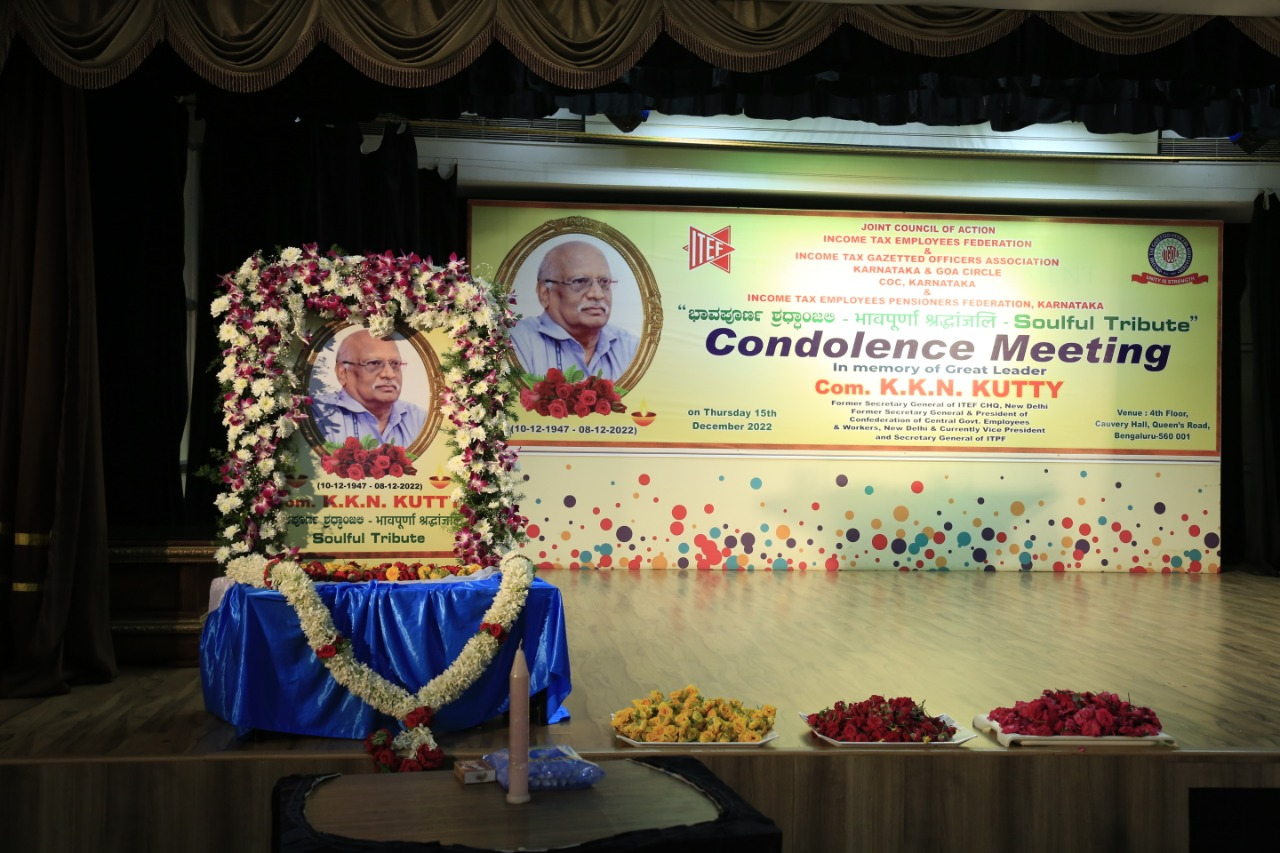 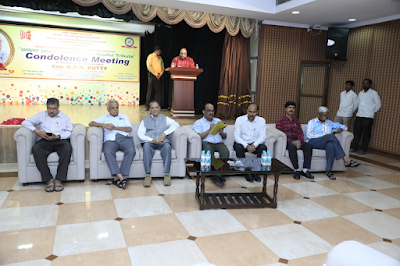 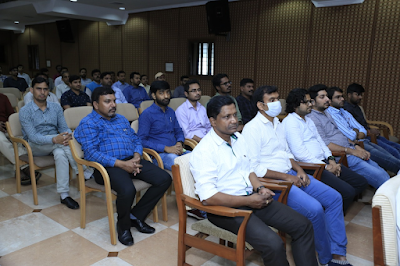 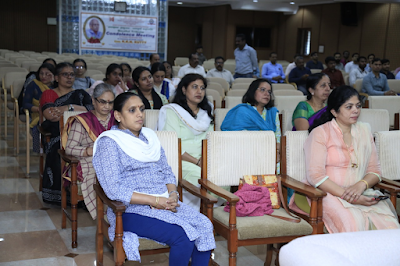 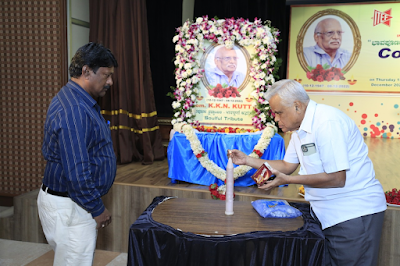 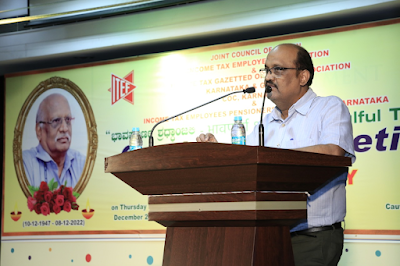 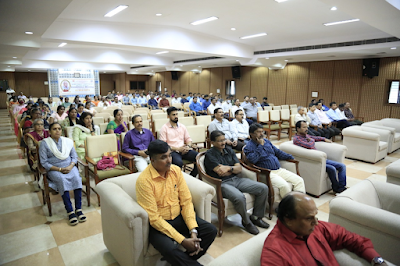 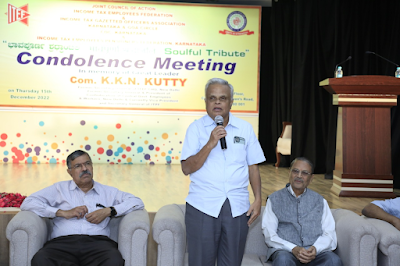 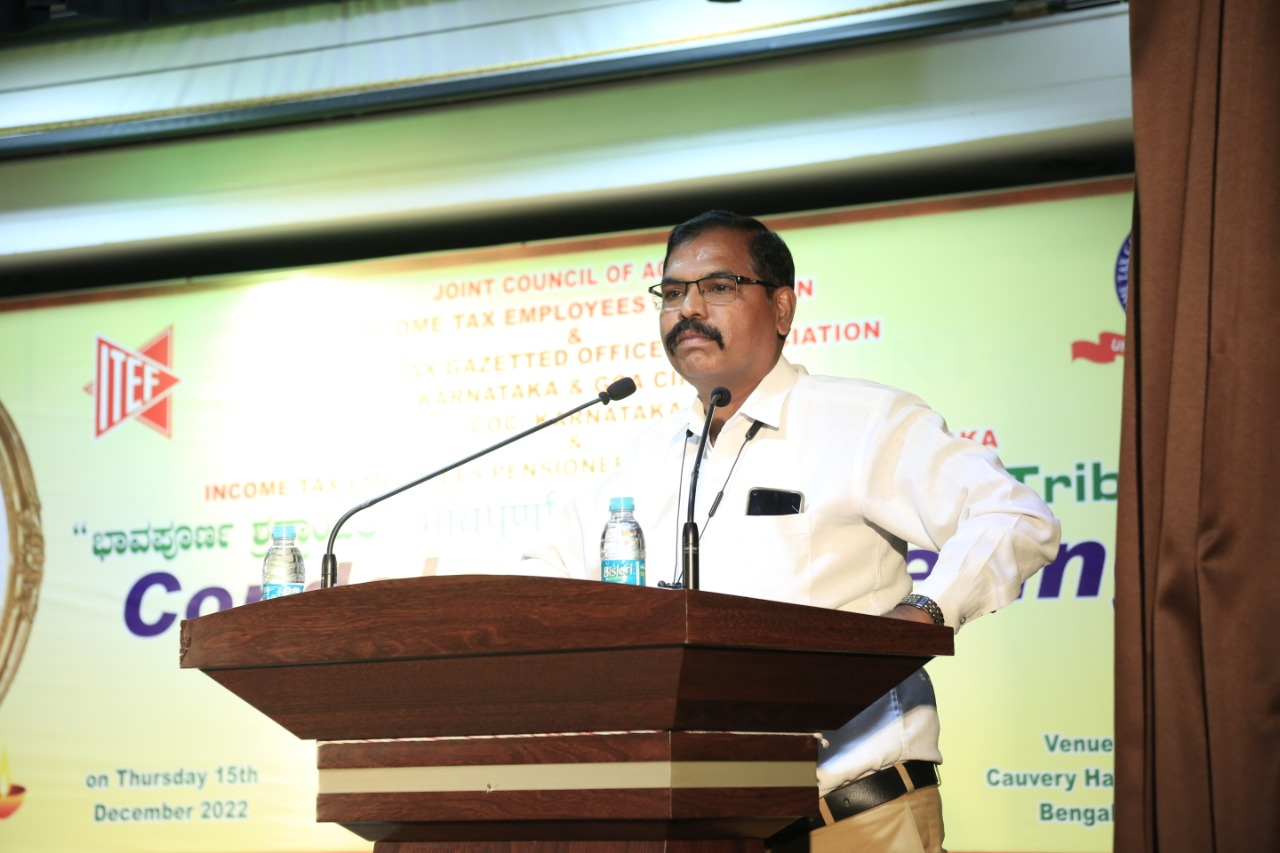 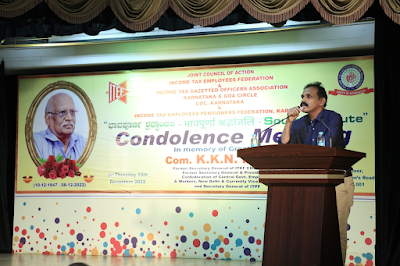 Brief of the meeting held with the Spl. Secty.(Pers.)

All Constituents of the NC/JCMDear Comrades,

Sub: Brief of the meeting held with the Spl. Secty.(Pers.), Deptt. of Exp., Govt. of India

A meeting was held today with the Special Secretary(Pers.), Deptt. of Exp., Government of India, on Agenda Item No.27/SC/22(D/o Exp.) of the Standing Committee of the NC/JCM regarding payment of the arrears of Dearness Allowance.

After prolonged discussions it has been agreed by the DoE that they will examine the issue once again and will consult the MoF on the subject.

Staff Side also discussed the issue of commutation of pension as per our agenda item. Staff Side demanded that, restoration of full pension after deduction of commuted value of the pension should be done after completion of 12 years instead of 15 years. It has been informed by the Ministry of Pension that the case been sent to the DoE after the last meeting of the Standing Committee of National Council(JCM). Special Secretary, (Pers.), Deptt. of Exp.. agreed to examine the issue and do the needful.

In the said meeting, apart from the undersigned, Leader Staff Side was also present.

This is for your information. 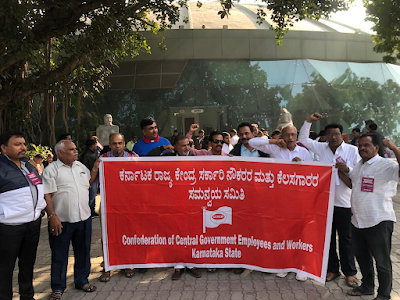 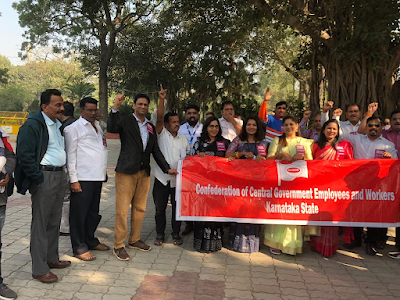 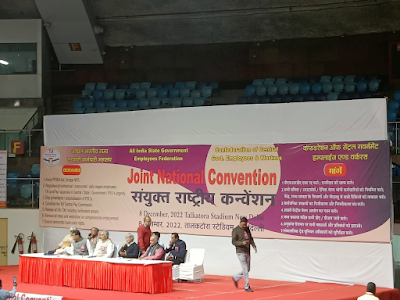 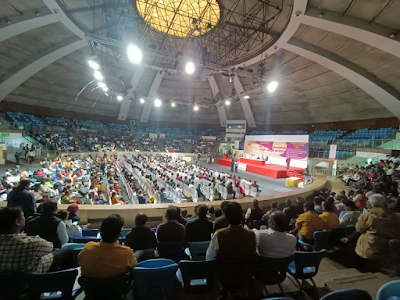 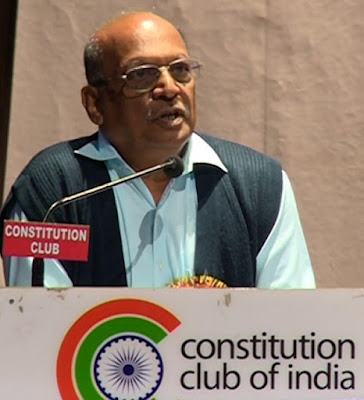 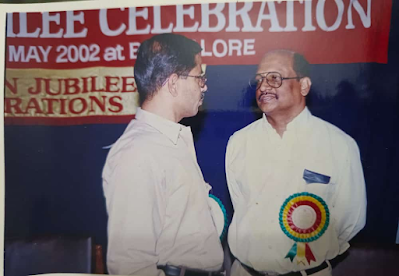 Com.KKN Kutty was born on 10.12.1947 in Tirur Malappuram District Kerala in a Agriculture Family. After his school education he joined in a private company at Coimbatore. Subsequently he joined Income tax Department as Stenographer at Pollachi in the year 1966. Later he got appointed as Direct Recruit Inspector and posted in Chennai. He was elected as General Secretary of Tamilnadu Income tax Union which was affiliated to ITEF. He was elected as Joint Secretary of ITEF CHQ in the year 1979 in Cochin Conference and opted for foreign service in CHQ. He was nominated as member of JCM staff side and Department Council also. He was elected Secretary General of ITEF in Kolkata Conference in the year 1981 and served in that position for 3 decades until 2009. He retired from Govt service 31.12.2007. He also held the post of Finance Secretary and Secretary of Confederation of Central Government Employees and Workers CHQ. Com. Kutty was elected as Secretary General and President of Confederation also. He was instrumental to form JCA in the year 1987 in Income Tax Department. He formed the Pensioners Association in IT Department and he was founder General Secretary of ITPF. He also held the post of Secretary General of National Coordinating Committee of Pensioners Assembly (NCCPA) which is one of the largest pensioners forum having membership of all Central Government Pensioners including Railway Pensioners Association. He has also held the post of Vice President of World Federation of Trade Unions (WFTU). He has visited many foreign countries and participated in international labour conventions like Cuba, Brazil, South Africa, France, Germany, Australia, Bangladesh, Nepal and Srilanka representing India. He involved himself in all most all the Central Pay Commissions except first and second Pay Commissions. He is good narrator, speaker, negotiator, writer, organiser and a strong trade union leader. He has organised and led many struggles in favour of CG Employees Demands. Always having smiling face, convincing capacity and never get angry. He was the disciple of Com.Sanjeeban Banerjee, Com.Pushpendra Sen, Com.Nayagam, Com.Pathik Bannerjee, Com.SK Vyas, Com. M K Pande, Com.C.Subramaniam etc.

He is good friend of many trade union leaders in our country particularly Com.Umesh Mehta, Com.K.Raghavender, Com.Sivagopal Mishra. He has introduced and brought in many new leaders into the trade union movement including the current leadership of ITEF and Confederation. He has sacrificed his entire life to Central Govt Employees.

The Great leader has passed away on 8.12.2022 at 9.30 AM at Meitra Hospital Calicut after prolonged illness of Pulmonary infections. The Indian labour movement has lost one of a finest Trade Union Leader particularly Central Government Employees and Workers.

Let’s pay our sincere homage to our beloved leader Com. KKN Kutty.  And our Deepest Heartfelt Condolences to the family members of Com.Kutty and his friends and comrades.

All-India CPI-IW for October, 2022 and DA as on 1st November