CGHS Circular on empanelment of Hospitals

Unveiling an austerity drive to cut non-plan expenditure by 10 per cent, government has barred bureaucrats from travelling First Class on overseas visits and have been asked to use video conferencing as much as possible.

With an aim to restrict fiscal deficit to 4.1 per cent of GDP in 2014-15, the Finance Ministry has barred officials from holding meetings in 5-star hotels and put a freeze on fresh appointments and filling up posts lying vacant for over one year.

"While officers are entitled to various classes of air travel depending on seniority, utmost economy would need to be observed while exercising the choice keeping the limitations of budget in mind. However, there would no bookings in the First Class," said the office memorandum.


The facility of Video Conferencing, it said, "may be used effectively".

The Finance Ministry said purchase of new vehicles to meet operational requirement of defence forces, Paramilitary forces and security organisations are permitted but ban on purchase of any other vehicles would continue.


"Such measures are intended at promoting fiscal discipline, without restricting the operational efficiency of the government. In the context of the current fiscal situation, there is a need to continue to rationalise expenditure and optimise available resources," it said.


"The task before me is very challenging because we need to revive growth, particularly in manufacturing sector and infrastructure," Finance Minister Arun Jaitley had said in his budget speech. He added that choice has to be made whether or not to be victims of mere populism and wasteful expenditure.

The Finance Ministry said that the "mandatory 10 per cent cut" in plan expenditure will exclude interest payments, repayment of debt, defence, capital, salaries, pensions and grants to the state.


"No re-appropriation of funds to augment the non-plan heads of expenditure on which cuts have been imposed, shall be allowed during the current fiscal," it said.


It said the austerity measures would also apply to autonomous bodies, adding that no fresh commitments would be made over and above what was provided in the Budget.
Only seminars and conferences that are absolutely essential should be organised, it said, adding that "holding of exhibitions/seminars/conferences abroad is strongly discouraged except in case of exhibitions for trade promotions."


It said in all cases of air travel the lowest air fare tickets available for entitled class are to be purchased. "No companion free ticket on domestic/international travel is to be availed of," it added.


Referring to jobs in government departments, it said there will be a total ban on new posts and those that have remained vacant for more than a year will not be filled except "under very rare and unavoidable circumstances".


The Finance Ministry has also asked the departments to avoid bunching up expenditure in the last quarter to ensure that there is no infructuous or wasteful spending.


It said the Secretaries would be responsible to ensure compliance of the austerity measures and the Financial Advisors would be required to submit reports to the Finance Ministry on a quarterly basis.


The non-plan expenditure of government deals with outlay on subsidies, interest payment, salary, among others.

To
All Affiliates
COC Karnataka
Comrade,
The meeting of the COC Karnataka will be held at ITEF room, Income tax office Bangalore  on 12th November  2014 (Wednesday) at 6.30 pm to discuss the following agenda.
1) Preparations  for study camp including formation of committees.
2) Mass Dharna  program on 18th November 2014.
3) JCM convention at New Delhi on 11th December 2014 on DA merger , IR, Date of effect of 7th CPC.
4) Financial position of COC.
All members are requested to participate in the COC meeting at ITEF room on  12th November  2014 (Wednesday) at 6.30 pm
Comradely Yours
(P.S.Prasad)
General Secretary
Posted by Karnataka COC- Central Government Employees News at Tuesday, October 28, 2014 No comments:

To
All Affiliates
COC Karnataka
Comrade,
The meeting of the COC Karnataka will be held at ITEF room, Income tax office Bangalore  on 29th October 2014 (Wednesday) at 6.30 pm to discuss the following agenda.
1) Preparations  for study camp including formation of committees.
2) Mass Dharna  program on 18th November 2014.
3) JCM convention at New Delhi on 11th December 2014 on DA merger , IR, Date of effect of 7th CPC.
4) Financial position of COC.
All members are requested to participate in the COC meeting at ITEF room on  29th October 2014 (Wednesday) at 6.30 pm .
Comradely Yours
(P.S.Prasad)
General Secretary

JCM Staff Side leadership has decided to organize a National Convention of all Central Government Employees (Railway, Defence & Confederation) on 11th December 2014 at New Delhi from 12 PM to 4 PM. Convention will adopt a joint resolution on the common demands of the Central Government Employees viz; Merger of DA, Interim Relief, Inlcusion of GDS under 7th CPC, Scrap New Pension Scheme etc and will declare joint programs of action. Further details regarding number of delegates to be participated from each affiliated Organisation & State C-O-Cs of Confederation will be published shortly. 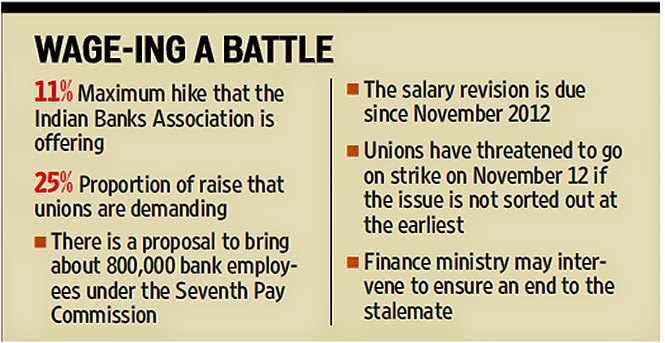 Comrade,
The COC Karnataka meeting will be held on 13th October 2014 at 6.30 pm at City RMS Bangalore to discuss the preparation of study camp to be held at Bangalore  in January  2015 and 7th CPC issues especially on DA merger and IR issues. The Central leaders will be addressing the COC meeting including Com M.Krishnan Secretary General Confederation of   CG Employees and Workers, Com KKN Kutty President  Confederation of   CG Employees and Workers and other Confederation leaders.

In this connection all Comrades are requested to attend the COC meeting on 13th October 2014 at 6.30 pm at City RMS Bangalore without fail.

In the Meeting of the COC Karnataka held at city RMS Office on 3rd September 2014 it was decided to conduct the all India study camp at Bangalore in November 2014, the proposed study camp has been postponed to first week of January  2015.

I request all to affiliates to co-operate in smooth conduct of   all India study camp at Bangalore during Jan 2015.

“h) To recommend the date of effect of its recommendations on all the above.

The Commission will make its recommendations within 18 months of the date of its constitution.  It may consider, if necessary, sending interim reports on any of the matters as and when the recommendations are finalised.″

After the 7th Central Pay Commission was set up, it obtained terms and references from various stakeholders using the 1st phase of interactions. Now, through the 2nd phase of interactions, inputs are received through meetings held in various important cities of India.
The expectation of many Central government employees now is: “is there a possibility of the 7th Central Pay Commission interim report being released?” In the 5th Pay Commission, considering the inflation rates, when the DA reached 50%, it was merged with the basic salary. If 50% DA is merged there will be an increase of 20 to 30% in salary will be there by DA Merger alone. which have immediate effect on salary structure. The basic salary increase should be more than 3.5 times considering 100% DA merging into it and current price rise.

National Council JCM Staff Side has made a demand to 7th PAY Commission for Interim Relief and Merger of DA with Basic Pay on 21/8/2014 on this issue.    CLICK HERE FOR DETAILS.