The 7th Central Pay Commission has been receiving a number of memoranda, representations from associations/federations as well as individual cadres on pay and related issues. As part of its working, the Commission is also hearing various groups of employees both in Delhi and during its visits outside Delhi.

2. One of the major issues raised before the Commission centres on the subject of parity. One aspect of parity manifests in how posts of a similar nature are placed. Certain cadres/category of employees have, in their deposition before the Commission, stated that there are cases when identical or similarly placed cadres/categories of employees in different Ministries/Departments are placed differentially in terms of pay and promotional prospects.

4. Since the Work of the Commission is time bound may I request that information as sought is furnished by 25 September 2014. Perhaps a copy of the RRs themselves could be sent as advance information.
Yours sincerely,
sd/-
(Meena Agarwal) 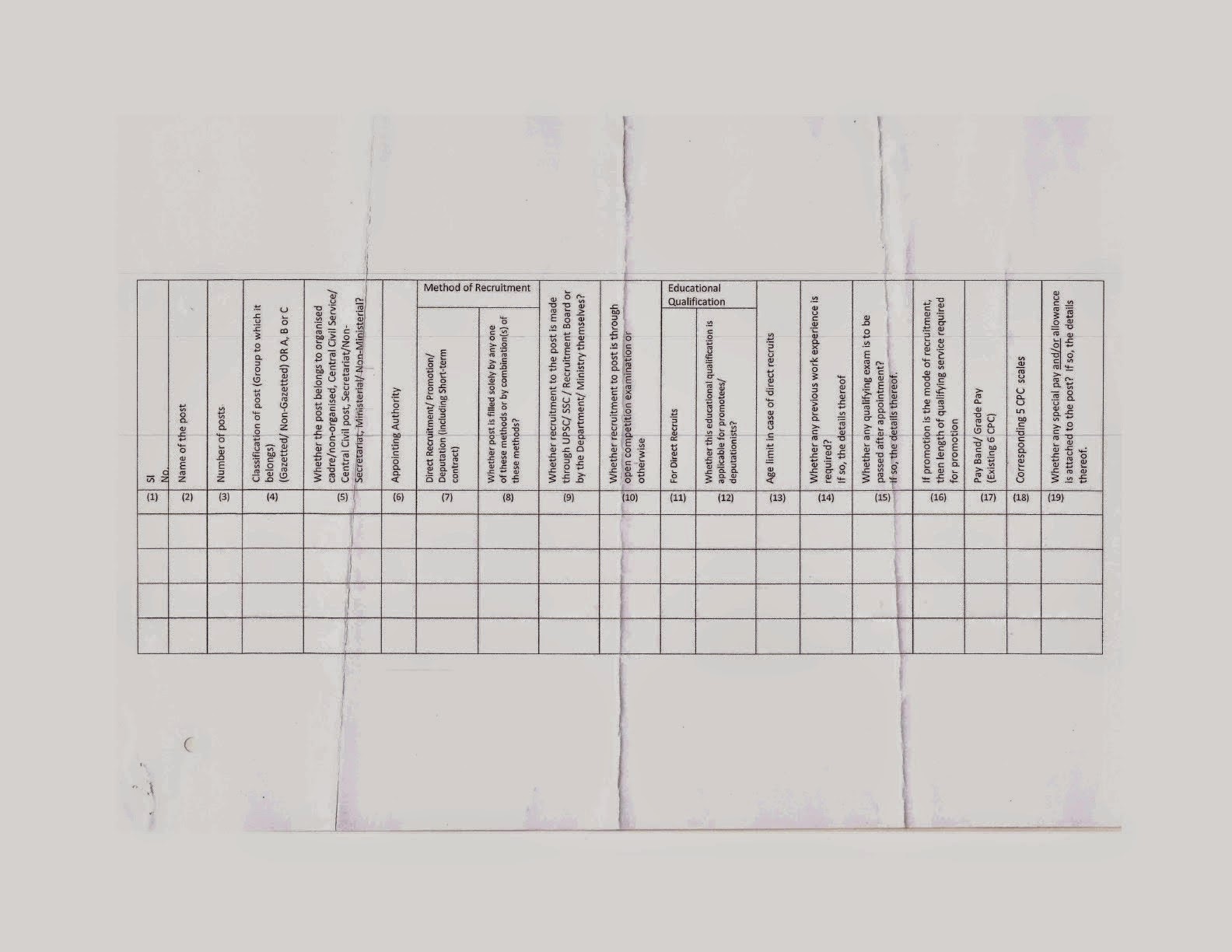